Majority of Congress Agrees that National Parks are a Priority

January 20, 2018
The failure of Congress to pass funding legislation and the resulting government shutdown is putting our national parks, and the resources they protect, at risk.

August 24, 2017
According to a news report today, and after an arbitrary review process lacking in transparency, Interior Secretary Ryan Zinke is recommending shrinking some of America’s national monuments.  The review was conducted in response to an April 26 Presidential Executive Order, which instructed Interior to look at national monuments designated using the Antiquities Act.

May 25, 2017
This week, the Trump Administration released its proposed FY2018 budget, which includes serious cuts to the National Park Service and the U.S. Environmental Protection Agency (EPA). These cuts, 13 percent to the Park Service and 31 percent to the EPA, would seriously undermine the protection, management, and resilience of our national parks.

April 26, 2017
Today, President Trump directed the Department of the Interior to review dozens of national monuments — those designated since 1996 and over 100,000 acres — to determine if existing boundaries are “well beyond the areas in need of protection” and to recommend possible changes to the monuments.

New Interior Secretary Must Stand Up for Parks

March 1, 2017
A statement by National Parks Action Fund Executive Director Kristen Brengel following the Senate’s confirmation of Montana Representative Ryan Zinke to be the nation’s 52nd Secretary of the Interior.

Nearly Half of Congress Has Anti-National Parks Voting Record

September 28, 2016
While most of Congress was quick to laud our national parks as they celebrated their centennial in August, nearly half of the elected officials regularly voted against parks during the 114th Congress. This is according to a first-of-its kind scorecard of Congress’s national parks voting record issued today by National Parks Action Fund (Action Fund). 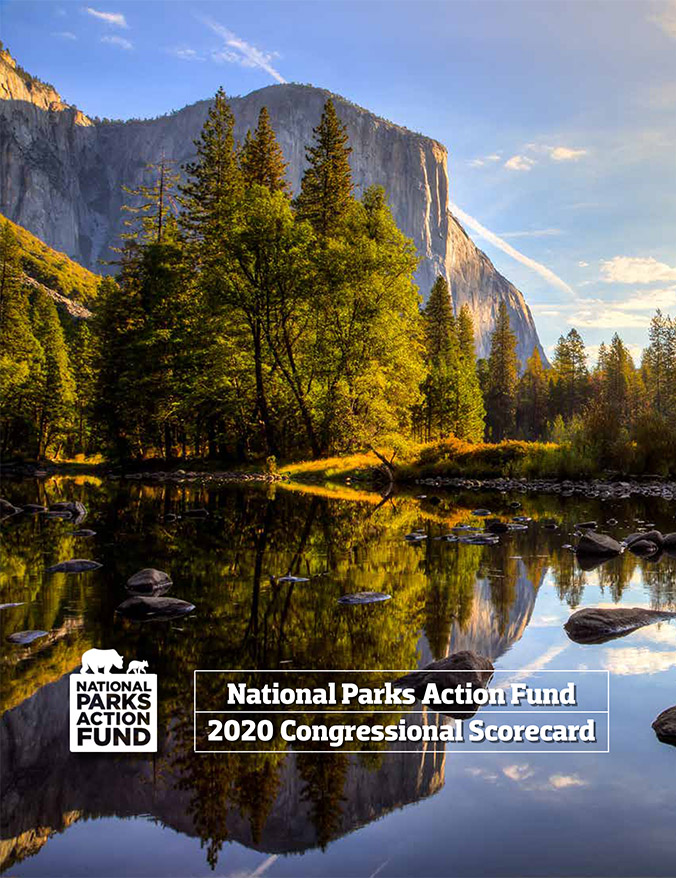